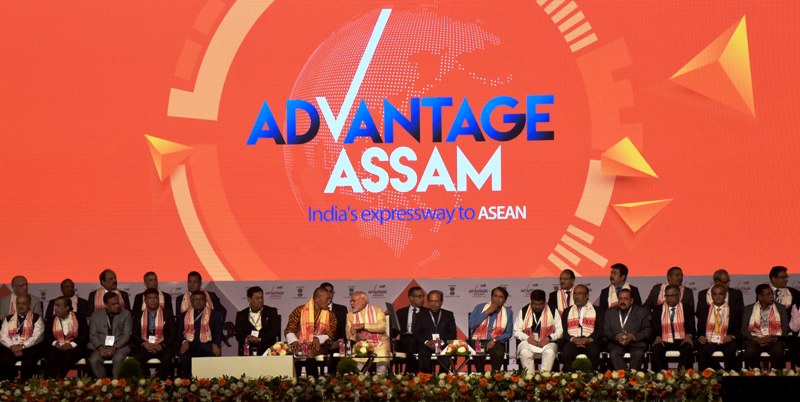 States vie with one another for attracting investments. Development is receiving much needed attention against the familiar offer of freebies.

From Assam to West Bengal to Maharashtra, states have been organising global investor meets with several developed countries as partners and road shows spread across the country with Chief Ministers making impressive presentations.

Chief Minister of Assam, Sarbananda Sonowal made one such impressive presentation in Chennai on the roadshow titled ‘Advantage Assam’ which dealt with the state’s first investors meet to be held at Guwahati in February. The Chief Minister highlighted several favourable arenas like education, health, tourism, plastics and petrochemicals, river ports, inland waterways, airports and other infrastructure, coupled with attractive tax incentives and capital subsidies. He also held meetings with the Tamil Nadu Producers Council and several other industry leaders. Because of the problems of logistics and reach, this eastern-most corner of the country has not seen much industrialisation. However, with special attention given to the north-east, such a promotion is not too far away.

Maharashtra, the most industrialised state with the richest concentration of investments, will also organise the ‘Magnetic Maharashtra Convergence – 2018,’ in Mumbai from 18 to 20 February. With large business houses concentrated in this state and accounting for the largest share of investments, this investor meet is bound to turn a lot of heads. The added attraction is that it is headed by a BJP Chief Minister and Prime Minister Modi is said to participate in such meets.

Tamil Nadu has been attracting its fair share of handsome investments too. Strong infrastructure, particularly three large ports at Chennai, Ennore and Kattupalli in close proximity to the metro, copious educated manpower and a stable administration, are to be given credit for the same.

The early base laid for the auto industry also helped build large capacities for vehicles and components. The IT and electronics industries have also seen immense growth spurts. The state had organised its first Global Investor Meet in 2015. This got postponed twice but the additional time available was effectively utilised to conduct road shows in over a dozen developed countries. The liberal allocation of Rs100 crore and the dedicated team of officials backed by the then Chief Minister J Jayalalithaa, contributed to the success of the GIM 2015. An estimated Rs 2.4 lakh crore of investments were committed. Due to the demise of Jayalalithaa and the political turmoil that followed, GIM could not held as earlier planned in 2017, though recently the government has announced its plan to hold the GIM in 2018.

A senior bureaucrat of the rank of Chief Secretary, K Gnanadesikan, has taken charge of industry. KG brings with him a reputation for efficient administration. In his earlier tenures as the CMD-ELCOT, Chairman – TANGEDCO and as Chief Secretary, one can expect work on GIM to gain rapid momentum.