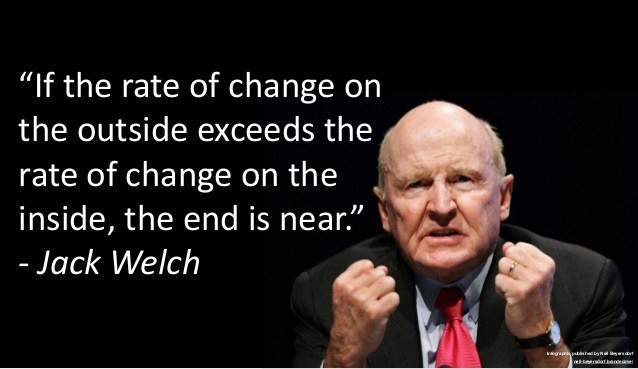 Tough words from an iconic leader, who also said that every leader and every firm will have to reinvent themselves every few years and the velocity of that reinvention depends on the changes in the industry and the environment they are part of.

The rapidly growing digital, the rapidly changing industrial world and the many firms that are at the intersection of the two worlds have quite a few challenges to address in today’s times of tectonic shifts. While this juncture has many companies in a tight spot to establish survival, some also herald it as an opportunity to achieve dominance over others.

The new CEO of GE, John Flannery, took some drastic decisions soon after he took the top job.  It sent shock waves through the markets and the 330,000 strong firm. GE shares slumped on his cutting the dividend by half.

Jeff Cox of CNBC puts it in a succinct form: “Moody’s takes GE to task for using $25 billion from asset sales in 2016 and 2017 to repurchase stock in an effort to boost share price, taking out $10 billion of debt to fund acquisitions and paying out a dividend higher than cash flows and as the company was downsizing key operations.”

GE has a long road ahead to turnaround, to shed businesses, to refocus on strong businesses like healthcare and so on. In fact, in alignment to this notion, GE has now closed all R&D centres except the ones in the US and India. These crossroads are somewhat similar to what Lou Gerstner faced in IBM, when IBM was in a much worse state and faced near bankruptcy.  That story is brilliantly documented in Gerstner’s book, Who Says Elephants Can’t Dance?

Even the elephant can dance.

Prof Michael Useem of the Wharton School sums it up by stating that Capital Allocation Policy and Ope-rational Rigor are two of the major issues that brought both firms to their knees.

He believes that the new strategy of John Flannery, which he calls de-diversification, is the right one, but there are very many challenges that GE will face in executing such a strategy.

IBM was turned around by 2002 when Lou Gerstner left a job well done. Lou, being an outsider, wasn’t expected to succeed in IBM.  He eventually did.  But John Flannery, being the homebred leader that he is, has a lot of weight on his shoulders as he wrests the future of GE.

To recollect Jack Welch’s four Es for a leader: John has shown the Energy and the Edge in making firm decisions and moving forward. The world is yet to see his ability to Energize GE and his Execution ability to accelerate the change inside to match the change outside.