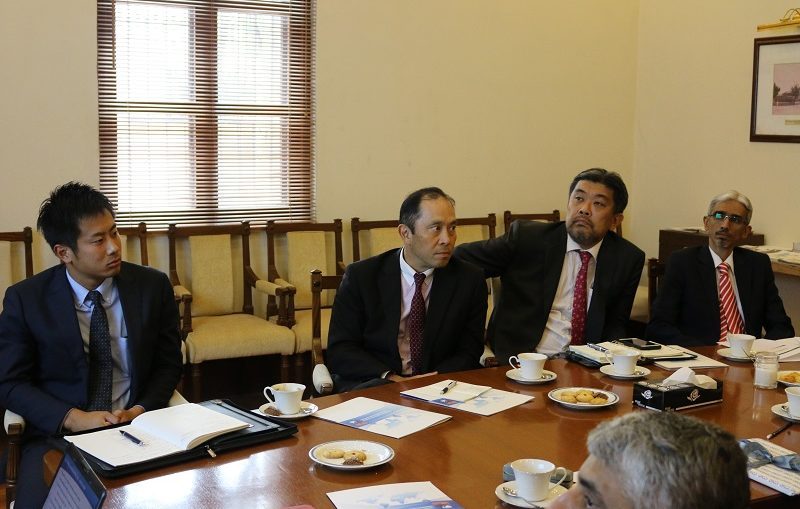 MC’s Eisuke Shiozaki stressed that business must try to look at economic value, environmental value and societal value, all ensured through sustainability management.

From time to time the M S Swaminathan Research Foundation presents leaders from different spheres to address on current and emerging issues. A recent one by Eisuke Shiozaki, Chairman & Managing Director, Mitsubishi Corporation (MC), highlighted the environmental and social concerns of the successful multinational that operates over vast areas of production and services. Shiozaki has spent around 20 years in the US and thus his presentation in English was clear and lucid.

It was interesting to note the Mitsubishi Corporation enunciating its corporate principles as early as 1934 stressing on three values of economic, business and social sustainability.

He traced the evolution of corporates: “till 1985 the entire focus was on profit. The mindset was of increasing share value. Yes, profits are the lifeline of business. But apart from profits, there should be a concern for the environment,” he said.

Focus on efficient use of resources

For Japan with a dense population, limited geographical area and much dependence on fossil fuels, there has been the traditional focus on efficient use of resources and the environment.

Shiozaki stressed that business must try to look at economic value, environmental value and societal value, all ensured through sustainability management. We need to balance the three values to ensure sustainability, he said.

The speaker pointed to the increasing resort to recycling: “steel scrap is melted and recycled recovering value. Simultaneously care must be bestowed on disposing of the environment-unfriendly boiler ash, ferromanganese, ferronickel or contaminated blood from hospitals. These require more careful and effective disposal. For instance, destroying hospital wastages require 2000°C furnaces.”

The Mitsubishi leader said that marine diesel is unfriendly: “hence, we introduced LNG that contributes to lower emissions. We set up the Gas4C to transport LNG in air-conditioned ships. This contributed to a greener maritime environment and also helped in a more sustainable procurement and supply programme,” said Shiozaki.

Technology and automation for small farms

Shiozaki’s reference to technology and automation for small farms evoked interest: “Japanese farms (like India’s) are also small averaging 1.2 ha. The number of farmers is declining.  The focus is thus on developing technology and automation and increased rental of farm machinery that are functionally similar to those used in large farms,” he said.

Such facilities are lacking in India contributing to low levels of productivity of farms dominated predominantly by small farms. His suggestions in this is extremely relevant for India. – SV