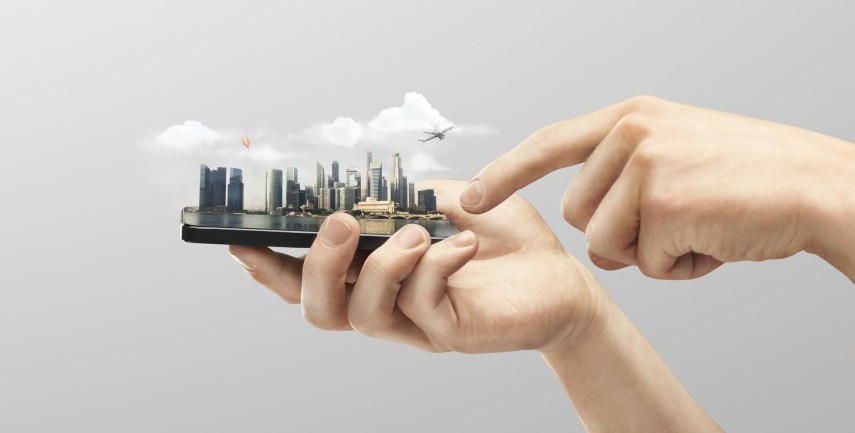 The banking sector has a crucial role to play in implementing the ambitious plan for developing smart cities.

Providing adequate financial support for private investment in housing, hospitals, roads, infrastructure and transport facilities in each of these places is the task assigned to the banks.

With the recent announcement of 30 cities selected by the Government of India, the total number of cities aspiring to become Smart Cities has gone up to 90. Ten more are awaiting selection. Surprisingly, the list of 30 includes as many as nine state capitals, big and small, old and young. They are spread widely across the country – from Thiruvananthapuram to Gangtok and from Gandhinagar to Aizwal in Mizoram. In Arunachal Pradesh, one of the oldest towns, Pasighat, has got the nod.  Amaravati, where the new capital of Andhra Pradesh is coming up, makes the cut. Selection of Gandhinagar is appropriate as the International Financial Services Center at  Gujarat International Finance Tec-city (GIFT city) is being developed around this.

It is proposed to invest Rs.57,393 crore for the development of these cities. Out of this, an investment of Rs.46,879 crore will be for developing the core infrastructure facilities. For each city, an investment of Rs.500 crore is envisaged for five years.  However, no indication of the supporting volume of investment required to be made by the private sector is available.

The banking sector has to raise the resources to meet the demand for the ‘anticipated’ credit deployment.

2215 bank branches in Bengaluru, 9 in Amaravati…

The current pattern of existence of bank branches in the thirty cities varies widely. Most of the state capitals of the selected cities have a relatively good banking base, with a few exceptions.  Gangtok is one, which is poorly banked, having only 38 branches. Bengaluru tops the list having the largest number of bank branches- 2215. Patna turns out to be well-banked with 491 branches. Bilaspur in Chattisgarh, the Rice Bowl of India, has 100 branches and the small town in Gujarat, Dohad, has 25 offices. Amaravati, the proposed capital of Andhra Pradesh, has the lowest number of bank offices at present- nine branches only. Puducherry, the capital city, has 108 branches. Muzaffarpur, the commercial hub of north Bihar does not lag behind.

Bengaluru, has the largest volume of bank credit, Rs.320,049 million and has a deposit base of Rs.448,867 million as on March 2017. Though having lesser number of branches, Thiruvananthapuram has Rs.273,987 million bank loans. The newly emerging capital city of Naya Raipur, which is considered as the ‘world’s first integrated city,’ has a relatively high credit base of Rs.397,079 million. Gandhinagar has 189 branches, which have lent Rs.80,842 million. Rajkot, the commercial city of Gujarat, has a better record; 211 branches, which have lent Rs.197,455 million.

Srinagar, despite the prevailing disturbed political situation, has 189 branches mobilising Rs.201,706 million while the amount of credit lent is only Rs.86,592    million. Shimla with 91 offices has a large deposit base of Rs127,818 million, as against the amount of credit deployed is only Rs 24,090 million.

Aizwal in Mizoram, which has been already declared as Solar City by the Government of India, has a small credit base of Rs.12,996 million. In Gangtok, there are only 38 branches, whose credit size is Rs.9848 million.

Banks have been formulating the District Credit Plans for all districts in India. Over the years, this has become only a form-filling exercise. Now, specific credit plans have to be prepared for the selected cities by the lead banks. This has to be done very methodically in association with all the local development agencies and chamber of commerce. The lead banks have to designate a special branch in each city for financing the time-bound plans. They should initiate this process simultaneously. Periodical review of the progress has to be made in the quarterly meetings, exclusively.