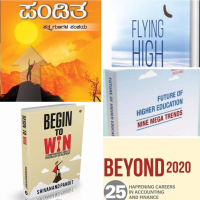 Scams, including this one, have accelerated the rankings of ‘Ease of Doing Frauds’ in India. The ‘loot and scoot’ by billionaire Diamond King Nirav Modi and Uncle Mehul Choksi has taken the banking sector by surprise. The impact may extend to many other banks. As Shah Rukh Khan famously said in a movie, Picture Abhi Baaki Hai.
The PNB scam is one of the hottest topics of the nation today. It has brought to light the negligence of many involved in the scam and the loopholes in financial and information security system.

Uncle-nephew play: what an innings!

The bank alleged that Nirav Modi, assisted by two bank employees, led the scam.
Companies that import goods need foreign currency loans to pay overseas suppliers. When an Indian company approaches its banker for such financial support, the bank approves a credit limit for which a LoU (Letter of Undertaking) is issued. With that, a message regarding the funding is sent to the bank abroad using the SWIFT platform.
On receiving the message, the branch abroad provides a credit against import documents, generally for 90 days. Margins on the borrowing depend on the risk profile of the borrower and the company’s credit rating and the terms of the credit limits set by the issuing bank.
Logically, SWIFT transactions are to be linked to the Core Banking Solution (CBS), which contains transaction histories.
In the said case of fraud, two employees sent unofficial LoUs to foreign branches of Indian lenders, on behalf of firms related to Nirav Modi The LoUs told these other lenders: ‘lend money to Nirav Modi firms so that they can pay for their imports. If they don’t pay up, we will make good this payment.’
They had sent these guarantees in the absence of credit limits and collateral security in Nirav Modi’s case. According to the accusation, between 2011 and 2017 numerous fake PNB LoUs have been sanctioned without compliance with the prescribed regulations. The internal messaging system has not been followed to avoid detection of the irregularities.
Secondly, they did not make an entry in the bank’s core banking system (CBS) – the software used to support a bank’s everyday transactions, which also acts as a record keeper. The culprits allegedly disconnected SWIFT from CBS in the case of companies that were linked to Nirav Modi and Mehul Choksi and thereby funds were provided to the Modi-Choksi companies without being recorded in the bank’s CBS. Thus, fake guarantees worth approximately Rs.11,000 crore were granted to obtain loans from out of the country branches of Indian banks.
Modi, via his three firms, Diamond R Us, Solar Exports and Stellar Diamonds, managed to pay to its suppliers of rough stones on a regular basis. The payment was made through the loans by banks including Axis Bank, UCO Bank, and Allahabad Bank. The loans were credited to the NOSTRO account of PNB through which the loan was disbursed.
On the due date of repayment, the firms had another LoU issued by PNB to pay off the existing loan and this continued over and over for seven years. This is how they started entering the debt trap. Interestingly, none of these transactions were routed through CBS of the bank, which means, there is no trace of LoUs and loans given to these firms.

At last, baby saw the light

One of the bankers, now under arrest, reportedly handled transactions to provide credit to Nirav Modi’s firms for seven years — in infringement of the usual practice of transfers every two or three years.
In January, when representatives of Nirav Modi firms asked for a new guarantee, the new PNB employee in that position asked for collateral security. “At this, the firms contested that they have been availing this facility in the past also, but the branch records did not reveal details of any such facility,” PNB said. On being told that this was never asked for in the past, the bank started investigating and found hundreds of fake guarantees relating to these firms.

Where did the failure happen

An employee of PNB and few of his colleagues had access to SWIFT messaging system through which they sent unauthorised messages to the overseas banks guaranteeing the loan. Usually, the banking transactions follow Maker, Checker and Authoriser segregation. Apart from this, the banks which transfer the credit sends SWIFT back, confirming the same. Here, all the four happened to be one or more employees who apparently colluded to issue the LoUs.
These unauthorised messages could not be traced as the SWIFT messages are not integrated with the CBS in PNB. Though most of the private banks and SBI have integrated both, there is still a significant portion of public sector banks which have not done it yet.
No cash margin (which is the bank’s security as mentioned earlier) and no fees were collected from the firms for the LoUs issued leaving no trace of disproportionate margin or income when compared to the number of LoUs issued as appearing in CBS.
Having an unintegrated system is a vulnerability which is used by these employees, you can call them threats and the risk materialised. Even the methods such as internal audits, concurrent audit, statutory audits and RBI’s inspection which are meant to be detective systems failed to detect the fraud that has happened.
All LoUs must be reported to RBI on a quarterly basis. It is not clear if the regulator’s inspection of the bank’s books revealed anything earlier. Till recently, RBI inspected branches of banks, but it has now switched more to offsite monitoring. On 16 February, the RBI said it had already undertaken a supervisory assessment of control systems in PNB and would take appropriate supervisory action.

Is there a life after fraud?

At the moment, the most significant question is what next? When the governance is under assault, the remedy lies in fixing responsibility. In the ensuing noise of blame game, it is possible that accountability would get sidetracked. Hope the regulators and the government, assume their responsibility to erase the glitches. Anyway, till then let the bank tie its’ pen with a thread, if required, by a steel chain.
Now let us watch JEWEL THIEF.