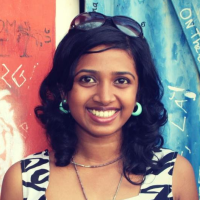 Taking metros to airport made easier

The government of Tamil Nadu shelled out Rs 80 crore to good effect by installing walkalators to connect the airport metro station with domestic and international airport terminals. On getting out of the metro, a person wanting to board a flight has two options: to take the shuttle that plies from the station to the airport terminus or take the walkalator. Twelve walkalators of 30 metres each, covering a total stretch of 602 metres have been laid out. They are neatly maintained and augmented with Flight Information Display System (FIDS) throughout the connecting tube. At the end of the slow, long commute, self check-in counters have been put in place at the terminals for the passengers to check in. “Currently the walkalators are very slow, and hence commuters switch to shuttles after their first experience,” he says. While it is a good initiative, the State government and the airport authorities might want to look into ways of increasing the speed of the walkalators to enhance their utility.

An expo which was meant to flaunt India’s defence appeal to the world showcased a glimpse of the simmering anti-incumbency instead. The State of Tamil Nadu has ceaselessly remained sceptical of BJP’s communal antics. The state’s chief BJP stalwart, Subramanian Swamy, had once even declared: “No BJP leader in Tamil Nadu will be accepted by the people!” But even the quirky legal doyen must have been surprised when netizens of the State notched up their dislike as #GoBackModi became the no.1 global trending topic on the day the Prime Minister arrived at the city to inaugurate the Defence Expo. Even as Twitter was set ablaze, the streets of Chennai echoed the unceremonious welcome as well, as the city was swamped by demonstrations demanding constitution of the Cauvery Management Board. Black helium balloons were let loose across the city’s coast forcing the Prime Minister to tweak his aerial route. The Cauvery protests notwithstanding, the expo was a huge hit. Crowds thronged the DefExpo in huge numbers and hefty traffic swarmed the east coastal road on the hot final day. Warships, tankers, choppers and missile and submarine prototypes delighted the visitors who managed to beat the odds.

The capital city of Belgium usually shares its best practices and technical know-how with other capital cities. But Chennai’s combined resilience during times of varied calamities has persuaded Brussels to sign a pact with a non-capital city for the first time. The agreement inked by S P Velumani, minister for municipal administration and water supply and Bianca Debaets, Brussels’ state secretary is a friendly and generic one. It is expected that the agreement will help the city officials in solid waste management, smart city projects, economic, social, climate change and urbanisation challenges civic ties are also expected to improve between the two cities. Chennai’s corporate schools would also receive Brussels’ expert assistance under the agreement.

Writer’s café at Royapettah is celebrated for many reasons: its serene ambience, clever interiors, lavish collection of best-reads and delicious spread, glossed by their inclination to give back to the society. It was hence no brainer for the Madras Dyslexia Association to try out their first of a kind awareness campaign at the famed diner. “Dyslexic people are gifted individuals with above average creative skills who just need to be told of a few strategies to overcome their hidden disability to read and write,” says Mrs. Mala from MDA. To spread this fact is the purpose of MDA’s month-long tie up with the Higginbothams-run café. The eat-out has been converted into a dyslexic café with snippets, trivia, pop-quiz, souvenirs and puppet shows. Guests are given a menu card which has been refashioned the dyslexic way with a dose of phoneticism. “This is to let readers experience the difficulty of dyslexic people,” says Rashmi of MDA who leads this initiative. “A Child may not be able to count from zero to ten while playing hide and seek and hence get excluded in the process. This affects the self esteem of the child,” adds Mala. Rashmi concludes that the awareness campaign has been a huge success: “Through this initiative we could reach out to many children and tell them that their more gifted friends need not be labeled as dumb or lazy and that all they need is a little help!”