Skip to content
You are here
Home > ieblog > Magnificent ‘Modicare’ 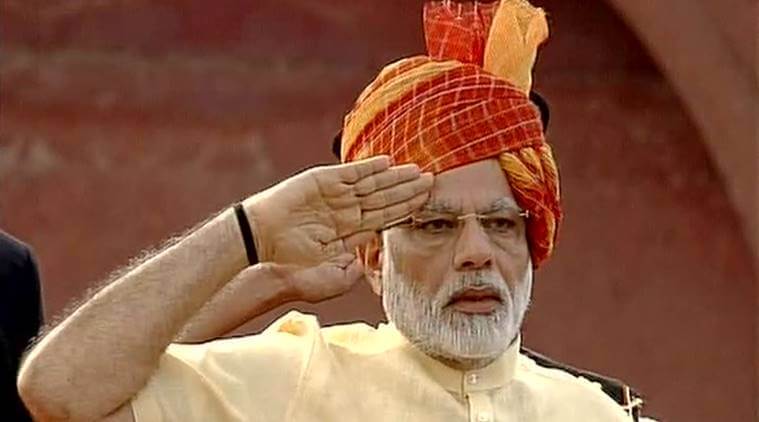 Modi listed out the record of NDA II. Of course, it was contrasted with the record of UPA I and II. In this, he focused on the endeavours of his government in working towards the provision of housing for all, power for all, cooking gas for all, water for all, sanitation for all, skill for all, health for all, insurance for all and connectivity for all. He addressed the concerns of his vast constituencies of the poor and the deprived, the farmers, the youth, the women, and the middle class.

The schemes he announced were ambitious, imaginative and welcome:

First is the plan to launch of the Ayushman Bharat National Health Protection Mission on 25 September. The scheme to provide healthcare to 10 crore families that will account for 50 crore of the population, each with an health cover of Rs 5 lakh, appears the most ambitious and comprehensive healthcare scheme across the world.

Andhra Pradesh and Tamil Nadu have been implementing such healthcare schemes. These have performed well and benefit crores of people. Modicare is bound to make an enormous impact on the masses.

Two, to put an Indian in space by 2022.  The space programme has been among India’s most credible achievements. The success of launching a hundred satellites in one go has been an impressive feat of the Indian Space Research Organisation (ISRO). The success of Chandrayaan and Mangalyaan are great platforms to work on this new plan to be executed before the 75th anniversary of Independence. Like the dream of John Kennedy, let us hope for this Modi dream also becoming a reality.

Yet another proposal was the move to offer a permanent commission for women in the armed forces.  Defence Minister Nirmala Sitharaman should be doubly happy.

In his 82 minute address, Modi presented a report card on his government: like the provision of smoke-free LPG gas connections, laying optical fibre network in villages, provision of electricity, housing and roads… His references to fiscal reforms included the implementation of GST and the Mudra Bank, the elimination of bogus ration cards and LPG connections, estimated to have saved over Rs 90,000 crore: “13 crore Mudra loans has been a major achievement. These include four crore youth who have taken loans for the first time with the aspiration to become self-reliant, promoting self-employment,” said Modi.

Modi has a word of praise for the middle class and the honest tax-payers. He referred to the number of persons paying direct taxes nearly doubling to Rs 6.75 crore since 2013 and to the impact of GST: “from 70 lakh enterprises that were included in the indirect tax net, in the last one year alone after the introduction of GST, the figure has catapulted to one crore and 16 lakh… More than 3 lakh dubious companies have been closed down.”  For over three decades IE has been advocating a progressive plan to bring more and more citizens under the tax net with specific annual targets. The NDA II record is thus commendable.

Modi has been announcing significant schemes right from his first Independence Day address in 2014. With elections round the corner naturally, there would be close scrutiny of the report card. The NDA II that started with a sluggish economy, with extensive corruption charges against UPA, decelerated growth, high inflation and a global meltdown, was a contrast to the healthy booming economy the NDA I handed to the UPA in 2004.

Modi can take credit for addressing several structural reforms, especially in the banking and corporate sectors. Two successive years of drought and a sluggish global economy also impacted the Indian economy. The steep fall in the value of the rupee, adverse trade balances, a slowdown in investments and the preoccupation with the forthcoming elections to the states by the year-end and to the Lok Sabha next year, are bound to impact administration.