“Half of the world’s population, around 3.5 billion people, eat rice daily. By 2050 annual global rice consumption is estimated to rise from 415 million tons to 525 million tons. While more than 90 percent of this rice is eaten in Asia, including the region’s 515 million people still affected by hunger, the demand for rice in Africa is growing at 7 per cent per year. Of the 667 million children under the age of five worldwide, nearly 151 million are stunted as a result of malnutrition,” said Dr. Matthew Morell, Director General, International Rice Research Institute (IRRI).

IRRI, Agri-Food and Veterinary Authority of Singapore (AVA), and the Food and Agriculture Organization (FAO) of UN jointly organized the 5th International Rice Congress (IRC 2018). The Congress renewed its commitment to a world without hunger by 2030. Kundhavi Kadiresan, Assistant Director General, FAO and regional representative for Asia and the Pacific, said: “diets are changing towards fish, meat, fruits, and vegetables although rice will remain the foundation of Asian diets, especially for the poor. Global rice trade is increasing, and climate change is affecting rice production. FAO is working with IRRI and other stakeholders to create relevant knowledge products that leverage the rapid technological changes taking place. Our objective is to make smallholder farmers more resilient and competitive,” said Kadiresan.

I am scheduled to visit IRRI, Manila from 22 October and look forward to visiting IRRI and ADB.

At the impressive function organized by A Ramakrishna’s family to release AR’s biography, there was a large turnout of friends and admirers of this construction legend. Prominent Telugu business leaders like Apollo’s P C Reddy and KCP’s V L Dutt were among the guests. In a chat with me L&T Chairman, A M Naik, referred to expanded activities of his company in Tamil Nadu, from the sprawling Manapakkam complex spreading across to Kancheepuram; the large manufacturing activities in Coimbatore and, more recently, the shipbuilding and engineering complex at Kattupalli. CEO and Managing Director, S N Subrahmanyan, who worked closely with AR, scaled up the value of contracts from a few hundred crores to several thousand crores.

In an informal chat, SNS mentioned of a project in a Gulf country valued over $ 6 billion (over Rs 40,000 crore) and the Delhi-Mumbai industrial corridor in progress valued over Rs 30,000 crore. Construction business continues to account for a significant share of the continuously increasing revenues of this giant. It clocked revenues of Rs 119,862 crore during 2017-18.

A recent newspaper report mentioned action taken against 127 petrol outlets in the state for short delivery of fuel to customers. Of these 34 were in Chennai alone.

In 1999, IE carried a detailed feature captioned Hijacking the liquid gold. CONCERT, the consumer forum based in Chennai, analyzed random samples of petrol and diesel from 21 outlets in the city. It found all the 21 samples adulterated. A rough estimate then placed the money generated through adulteration of gasoline and diesel at around Rs 10,000 crore a year. Our expert on energy issues, Dr Bhamy Shenoy, has been estimating this in subsequent years at a much higher level.

IE has also been pointing to the short delivery of fuel and demanded more frequent checks by oil marketing companies (OMCs) and the state metrology authority. Sadly, such tests have been few and far between.

Senior advocate K Vijayan followed up our article and proceeded against the OMCs for adulteration that resulted in the suspension of permits to run fuel stations, However, historically these stations have been the prerogative of politicians, and so in quick time these resumed their businesses.

Remember also reports on systematic under-delivery through manipulation of the meters at Lucknow and Delhi said a few months ago!

In Hyderabad, consumer activist Jayaprakash Narayan tried to tackle this issue by advising consumers to insist on dispensing petrol in calibrated 5-litrecans and transfer it to the fuel tank.

When new private OMCs like Shell and Reliance surfaced, there was the expectation on competition improving the lot of the customers. But the system of administered prices was partial to the public sector OMCs entitling them for the subsidy, but not the private companies. But in the interest of more reliable quality and delivery, quite a section of consumers shifted to Shell. In the Indian tradition this multinational, after building custom, continues to persist with prices that are higher by as much as Rs 4 per litre of petrol. So, the consumer reconciles to short delivery in the PSU retail outlets!

Tamil Nadu Newsprint and Papers Ltd (TNPL) is bouncing back to its reputed performance at high levels. Managing Director S Sivashanmugaraja, expressed satisfaction over both the units – the paper unit at Kagithapuram and the board plant at Mondipatti village – working to capacity.

Due to the acute shortage of water the paper mill had to be closed for a couple of months through 2017-18. The company focused on improving the efficiency of water use. Through the year TNPL reduced water consumption to 27 kl per tonne of paper, the lowest for integrated pulp and paper industry in the country. Raja referred to efforts at harvesting rainwater to reduce further dependence on water from outside.

TNPL pioneered large scale production of printing paper and newsprint from sugarcane bagasse. Perfecting this technology and the continuous focus on upgrading the equipment and expansion contributed to a unique record of profitability spread over 35 years. Raja referred to the company exporting around a fifth of production at profit.

The requirements of raw materials – bagasse, hard wood and waste paper – are procured in needed quantities supplemented by pulp sourced from outside. The company has 1.24 lakh acres of land under the company’s farm forestry; TNPL’s captive plantation schemes are benefitting over 24,000 farmers in 27 districts of the state.

The company sees new opportunities through innovative marketing. Raja referred to the ban on low grade, non-recyclable plastics from January 2019 and plans to seize the opportunity to produce paper carry bags in large volumes. Research efforts are being spent on getting the facility ready in the next few weeks.

An interesting nugget: TNPL’s Board of Directors consists predominantly and traditionally officers of the Indian Administrative Service with just four outsiders. Look at the financial health: on a paid-up equity capital of Rs 69.38 crore, reserves and surplus are at a whopping Rs 1533.75 crore!

CLRI’s Triple Helix is back!

Dr. Paul Ratnasamy, Chairman, Research Council, CSIR-CLRI and also P R Aqeel Ahmed, Vice Chairman, Council for Leather Exports addressed the function.
Dr. B Chandrasekaran, Director, CLRI, presented a report on the activities of CLRI the highlight of which was the award received for the dry process of chromium recovery at tanneries.

I was happy to see the return to holding such function at the Triple Helix auditorium that was severely damaged by the Vardah cyclone of 2016. IE had conducted many meetings and seminars at this auditorium addressed by such celebrities as Dr. Manmohan Singh, M S Ahluwalia, Rangarajan Kumaramangalam, Verghese Kurien, Dr. M S Swaminathan…

For whom the INS bell tolls!

The Indian Newspaper Society (INS) expressed concern over the steep increase in newsprint prices, both indigenous and imported. In the last six months, newsprint costs have gone up by about 60 per cent. There is an additional problem of a steep fall, by about a sixth on the total volume of advertising business; from Rs 20,775 crore in 2016 to Rs 170,82 crore in 2017. With the vast expansion of the electronic medium, a large amount of advertising of consumer products has migrated from the print medium. Again the aggressive marketing by large sections led by Times of India has been resulting in different and often unfair business practices. The old practice strictly sticking to publishing card rates, has been thrown to the winds. There have been compromises and reductions in
advertising rates.

It should, therefore, be no wonder to see a high level of mortality among smaller publications. IE enjoyed advertisement releases from the DAVP for some 40 years. In the subsequent ten years, it has totally dried up. It’s almost impossible to reach out to DAVP to get anything cleared. Central public sector undertakings that used to support small publications have withdrawn these. There was a cut of a third of advertisements spend by these from Rs 46 crore in 2016 to Rs 31 crore in 2017.

IE has been a member of INS for over four decades. Though small and medium papers are forming a sizeable portion of the total membership, the society seems to be for, to and by large documents. There is a need for some reform of INS’ approach and activities.

Tribute – N D Tiwari – he did much to industrialise his state 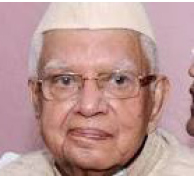 Narayan Dutt Tiwari who served Uttar Pradesh thrice and Uttarakhand once as chief minister, should be remembered for his single-minded focus on winning for UP industries and investments. He made effective use of the various portfolios he held like Deputy Chairman, Planning Commission, Union Minister for Railways, for Industries…. to win several projects for his state.

I remember his addresses as the Union Minister of Industry at the Economic Editors’ Conferences. He persuaded public sector units like BHEL to set up production facilities in his state. He persuaded NDA Prime Minister A B Vajpayee to get for Uttarakhand a special industrial package with handsome investment allowances and tax reliefs. Several large private industrial units, including Ashok Leyland and Bajaj, set up modern production facilities at Pant Nagar, making use of liberal tax incentives.

Tiwari was courtesy personified with his deep roots in the Lucknow court culture. In later years he became notorious for his misdemeanours in private life. These brought to end his long political career totally eclipsing his rich contribution to his state.

Hardly a month earlier the pontiff of Kanchi Sankara Mutt honoured Prasanna Venkatesan (PV) with the title Sankara Thathwa Prachara Mani. A chartered accountant, one could find PV present at many gatherings including meetings organized to discuss economic issues, annual general meetings of companies and professional bodies like the Madras Management Association. With his keen knowledge of finance, he used to raise critical issues at such meetings. Over the last four decades, I do not remember a single meeting attended by PV where he had not raised some issues or other! IE offers its condolences to the near and dear ones of PV.