It was a glittering function in which Vice President Venkaiah Naidu released the biography of Larsen & Toubro’s Anumolu Ramakrishna (AR), one of the leading builders of modern India. 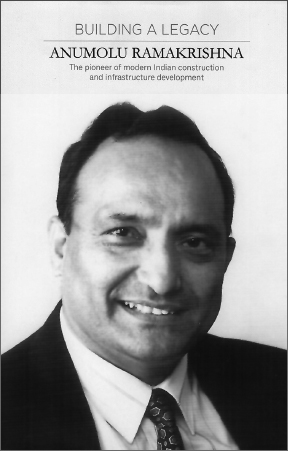 For several years author Pattabhi Ram has been associated with IE. The Patta-Chat column has a vast and increasing number of admirers for its style and incisive writings. So when AR’s eldest son, Dr Meher Prasad, heading the civil engineering department of IIT-M, requested my assistance, I suggested Ram, who has also authored an absorbing novel, Ticking Times, set in the backdrop of the CA profession.

Working on the extensive compilations done by journalist R Mohan and embellished by copy editors, K Priya, Krishna Prasad and Vinita Nayar, the well-produced 350-page biography chronicles the life of AR and provides a graphic description of the heights scaled by L&T Constructions.

Ram appropriately begins the narration with a poignant description of AR’s wife Suryakumari receiving the Padma Bhushan awarded posthumously to AR. The book details AR’s school and college education. It delves into the three years AR spent in Germany where he had rich exposure to contemporary techniques in structural engineering and his working closely with the Danish giants including Holck Larsen and Kristian Toubro.

Particularly inspiring was AR’s spiritual learnings, his devotion and attachment to Sri Satya Sai Baba enjoying the affection and confidence of the guru who entrusted several large projects to L&T. His pleasant disposition helped build lasting relationships with large customers like the Tatas, Reliance Industries, SAIL…. Such vital customers included the Andhra Pradesh government: The Hi-tech City, the Hitex Trade Centre, National Construction Academy and the water supply scheme for Tirumala Hills were some of the prestigious projects. AR also created the base for L&T winning the Hyderabad Metro Rail project as a joint venture.

AR foresaw the opportunity to innovate concepts like toll roads, build-operate -transfer (BOT) of projects involving large investments. In these, he helped the government make private sector fund large projects. The massive expansion of the road network in the last two decades bears testimony to the brilliance of this concept. The flourish of large construction companies in Hyderabad like GMR, GVK… had their trigger in AR’s innovative ideas.

At the book release function, Chairman A M Naik and successors to AR at L&T Construction, K V Rangaswamy and S N Subrahmanyan,
referred to the multifaceted personality of AR.

AR provided easy access to media persons and shared his dreams and apprised these on the state-of-the-art developments across the world. When I chanced to travel with him aboard a Frankfurt-Chennai flight, he referred to several landmarks in his spectacular career with L&T: his bidding for and winning the contract for constructing the Kensington Oval Stadium at Barbados; procuring materials and getting the work done through unfamiliar workmen 10,000 miles away in West Indies and getting the modern cricket stadium ready in time for the World Cup, descriptions are still ringing in my ears! 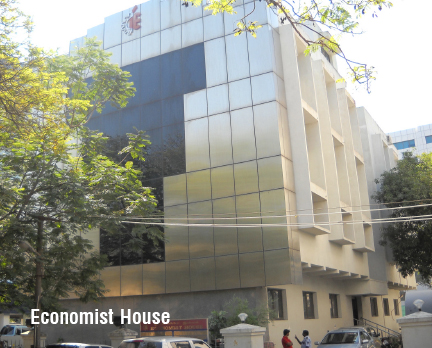 IE received a rare favour from the construction giant L&T: in 2001 at a chance meeting with AR at an international construction conference, I mentioned my dream to construct a commercial building replacing our old factory shed at Guindy, AR responded so quick: “we will do it for you. Please drop in after returning to Chennai.” When I did this in the following week, he called K V Rangaswamy and V B Gadgil to discuss the project! Over the next 220 days, Economist House was built and was inaugurated by then Governor P S Ramamohan Rao!

Wife Suryakumari, sons Dr. Meher Prasad, A Kishore and A Rajasekhar, grand-daughter and architect Srijaya who worked on the design and layout and others like AR’s brother A Satyanarayana, daughter-in-law Suguna Prasad, Secretary VDS Prasad and a large number of colleagues and friends were passionately involved in the compilation of the book.

The glittering function was attended by about 750 guests at the Leela Palace.

Excerpts from the Book

She rose from her seat in the historic Durbar Hall at Rashtrapati Bhavan when they called his name. The 300-strong distinguished audience broke into applause as she walked up the aisle to receive the medal on his behalf.

It was a country’s third highest civilian award, the Padma Bhushan, one which he would have been honoured to accept himself.
But destiny had willed otherwise.

AR uncle was one of the students closest to my father. Dad often said that uncle was a brilliant man.

In 2000, when we were in India and soon after my father passed away, uncle visited us in Visakhapatnam. It was a Sunday and he had just returned from an overseas trip. He made special arrangements to be with us that weekend and spent three hours with us at home. He narrated many stories of the early years he spent with my father and told us how he had been under the care of my father during his student days.

He would take the time to call and speak to me whenever he was in the US. Our friendship and connection were truly divine.

German in rectangles and squares!

While Ramakrishna had picked up basic German in India, he joined an advanced course in Dresden, Germany, to learn the language more deeply. One day, the instructor could not take class and requested AR to take the class in her absence.

Given his strong grounding in engineering, he taught German by drawing squares and rectangles on the board. He made a tabulated statement of grammar points for easy understanding. The class listened and learned, fully satisfied with the unique method AR had chosen. The following day, the teacher saw the board. “Yes, we can teach this way as well!” she admitted, impressed. “Perhaps, I will adopt the same format in future.” It was perhaps fortunate for her that the young man did not choose to teach German as a career!

AR had not only learnt enough German to reach it with innovative methods, he could also speak the language fluently by the time he returned to India.