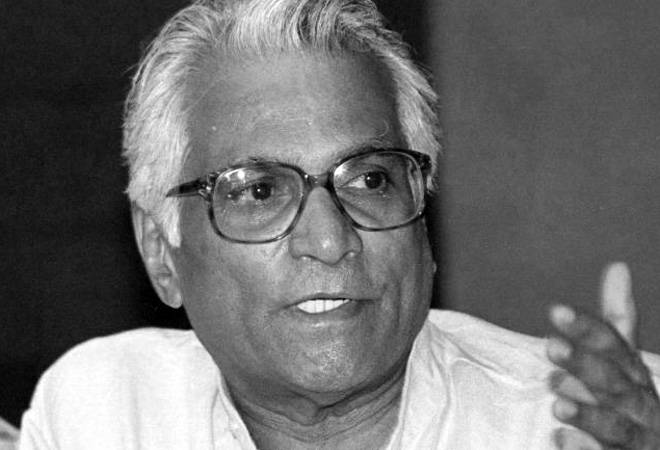 Today we do not have many politicians known outside the state of their origin or around Delhi. ‘National’ leaders have been thrown up rather rarely. In this context George Fernandes, enjoying a pan India reputation, is a contrast. Hailing from Mangaluru, shifting to Mumbai at the age of 19, to be trained as a catholic priest; evolving a powerful trade union leader who organised the widest railway strike in 1974; and defeating the powerful local Congress leader S K Patil in the Lok Sabha elections; shifting base to Bihar and emerging a strong local leader repeatedly elected to the Lok Sabha; including once while in jail. We do not have many parallels of such an evolved politician.

In March 1977, soon after the Janata government assumed power, I presented several tall leaders of the Janata party at the Madras Press Club. These included P Ramachandran, George Fernandes, L K Advani, Piloo Modi, Subramaniam Swamy and later Prime Minister Morarji Desai. The simplicity and humility of Fernandes belied his firm resolve to bring about structural changes in corporate India. A week after the meetings at the Press Club I met these ministers at the Economic Editors Conference in New Delhi. The first signs of the change were in evidence: V Krishnamurthy, who headed with distinction BHEL, was shifted as the Secretary, Department of Heavy Industry.

Soon Fernandes mandated the dilution of foreign equity investments to 40 per cent of capital. Except IBM and Coca Cola, all other foreign companies complied with this mandate. This meant the Indianisation of the management, I cite the transformation at Ashok Leyland for depicting the change: from the lion’s share of shareholding, this was brought down to 40 per cent. Ram Shahaney, who earned the reputation for turning around Jessop & Company, Kolkata, assumed charge as the chief executive. Another public sector star, Joy Joseph, became marketing director. Soon after SVS Raghavan also joined AL. The conservative company that was making a modest growth in the previous three decades, felt liberated and embarked on spectacular expansion. The fire-brand trade union leader Fernandes triggered this revolutionary change so quietly and seamlessly! He worked to broadbase shareholdery in corporates mandatory the offer a portion of equity to the public.

Another stellar contribution of Fernandes related to the first major expansion of the Indian railway network. The Konkan Railway built along the west coast linking Thiruvananthapuram with Mumbai was not merely an engineering marvel but also a much needed one. Look at the geography: someone travelling from Kochi to Mumbai had to travel all the way towards the east coast to Arakkonam near Chennai and again travel towards Mumbai on the west coast entailing long hours of journey and cost. The elegant and speed of travel along the scenic west coast is among the stellar contributions of Fernandes. The project also involved the participation of the beneficiary states of Kerala, Karnataka, Goa and Maharashtra.

I met Fernandes again during 1989-90 when he was Railway Minister in the VP Singh government. I remember his reference to the very poor progress made by the Indian Railway in expanding the rail network handed by the British in 1947. He referred to the annual additions of less than 200 km as grossly inadequate and to the massive changes that would be brought about by providing the convenience of a railway. He outlined impressive plans to extend railway network to far off regions like Jammu & Kashmir. Sadly, his tenure as Railway Minister was short.

This firebrand socialist was Minister of Defence in the Vajpayee government during 1998-2001 when he oversaw the Pokhran nuclear tests and the Kargil war. For the first time the Minister of Defence was visiting frequently Siachen and other high altitude installations.

Sadly, a Tehelka report exposing corruption in defence purchases, caused his resignation in March 2001. Though he got a clean chit later, it more or less ended his political career. He passed away on 29 January after prolonged illness. In his death India lost one of the most colourful, honest and brilliant national leaders with a stellar record of service.