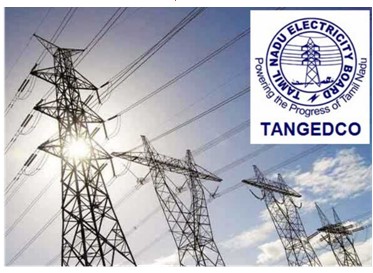 FOR DECADES Tamil Nadu government has been resisting beneficial reforms of the power sector. Reason:  Dravid- ian parties based  their  electoral strategies on competitive populism. Right from 1967 when the DMK won the state elections for the first time,  these  have  been  constantly expanding the welfare content with liberal distribution of freebies at government’s cost. The success of these  mea- sures reinforced their effectiveness and got expanded.

DMK Supremo M Karunanidhi foresaw the scope  for massive employment offered by public services like the power  utilities, transportation and  education sectors. He brought these  under the state taking over transport services and electricity distributioncompanies and teachers in aided col- leges by the government. This won him the loyalty of the employees en- suring electoral gains.

The limited capacity of the state to commit large resources for power development was a constraint. From 1992 to 2007,  over three  five-year plans, Tamil  Nadu  could not invest large amounts on additional genera- tion  and  was content to depend on the Centre for its increasing requirements. Today the state’s own capacity is less than a third of demand of 15,000 MW.

In its manifesto for the state  elections in 1989, the DMK, out of power  since  1976, offered  free supply of power  for agriculture. Starting with  a modest subsidy of around Rs 200 crore, this has ballooned. The government provides power  free for ALL customers for the first 100 units of consumption. The power  subsidy is estimated around Rs 12000 crore forming around 9 per cent of the state’s own revenue.

The Tamil  Nadu  Electricity Board resisted successive attempts by the Centre  to reform  the power sector. The bifurcation of generation and  distribution quickly and effectively done  by neighbouring Andhra Pradesh and Karnataka and several other states has been resisted.

Add to this  the inability to extend support from the budget for the free power. Successive governments also failed  to adjust power  tariffs related to cost. TNEB and later TANGEDCO have been incurring hefty losses.  With the DMK as part of the coalition government during 1999 to 2014, the Centre could not also get Tamil Nadu conform to reforms in the power sector.

The BJP government with its own majority since 2014 has been attempting to bring about corrections in the pow- er sector. The Ujwal Discom Assurance Yojana (UDAY) scheme introduced in 2015, was a major attempt to link Central funding by the Power Finance Corporation and the Rural Elecrification Corporation to needed reforms. But these did not help.  Now the Centre  has made the facility to relax the states’ bor- rowing limit  conditional to their reforming the power  sector. This will necessitate periodic increas- es in tariffs, rationalising these  as also making timely payment for the suppliers.

Former Chief Economic Advis- er, Arvind Subramanian, once pointed to the anarchy in the tariff structure of state electricity boards. He provided instances of a plethora of tariffs by states  like Bihar and Tamil  Nadu  and  suggested one nation, one power  tar- iff.  Look at the bimonthly tariff pattern of the state (per unit  cost):  upto 100 units : no charges; 101-200 : Rs 3.50;

201-500 units: Rs 4.60; above 500 units: Rs 6.60 … For LT consumers (tiny and small industrial units) it works out to more than Rs 8 per unit and for HT consumers more than Rs 11. Power being an important component of costs, high tariffs are inimical to competitiveness.

However, with  elections due for TN assembly in 2021 the state is bound to resist  the Centre’s attempt at power reform.