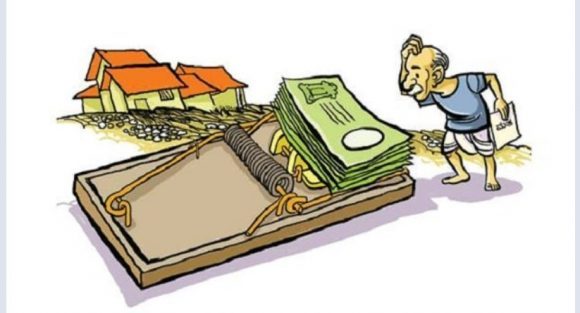 The states of Assam, West Bengal, Tamil Nadu and Kerala and the UT of Puducherry go for polls in April. Though the election dates were announced by the EC only on 26 February, the campaign had started months ahead, especially in Tamil Nadu and West Bengal. The governments have also been coming out with massive advertisements in the media, projecting the achievements of the parties in power and also with liberal sops for vast sections of voters.

Tamil Nadu, which pioneered the freebie culture way back in 1967, has perfected the standard operating procedure. Months ahead the of bonanza began eg farm loans of individuals with cooperative banks, amounting to Rs 12,110 crore, was ‘so magnanimously’ agreed to be borne by the government (DMK Supremo Karunanidhi did this in 2006). This precious technology was adopted by the UPA I government also.

The election manifesto of the AIADMK had several more such offers, like free concrete houses under the Amma Housing Scheme, Rs 1500 pm financial assistance for ‘rice’ ration card holders, 50 per cent concession for women bus passengers in cities, six LPG cylinders free per year along with solar gas stoves, washing machine to all ration card holders, Rs 7500 pm for farmers, waiver of education loans,  government job for one in a family… among other things.

Of course, DMK, the originator of the freebie system, has its own list of  generous offers: increased procurement price for paddy and sugarcane, subsidy for building concrete houses, 75 per cent reservation in government jobs for Tamils, priority for government employment for first generation graduates, filling up over 3.5 lakh vacant posts in the government,  reinstating the Upper House – the Legislative Council…

Against these total non-interest expenditures amounted to Rs 247,617 crore. This comprised of salaries, pensions of Rs 97,861   crore; subsidies and transfers of Rs 111,229 crore; and interest payments of Rs 37,582 crore. These three items are way ahead of total revenues of
Rs 180,701 crore. The gap has to be filled by fresh borrowings.

Green shoots of a pickup in economic activity resulting in higher tax collections is welcome. But this cannot keep pace with the rise in expenditure. The state has been incurring huge losses on power and food subsidies.

Of course, the goal is clear: to win the election at any cost to the government and all gain to the party!  Such promises had worked for 54 years.-SV