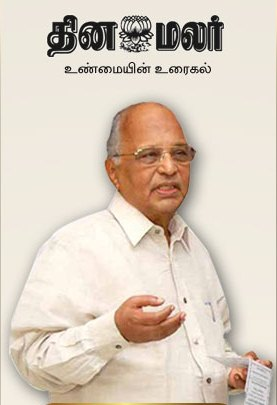 The ‘coin-man’ who scripted a new face to Dinamalar

While these related to his excellence as an editor, his knowledge and contributions in the field of anthropology, in particular numismatics and decipher of stone inscriptions, were stupendous.

IE had special relations with RK. He welcomed articles on economic issues that ranged from fiscal policies relating to industry, steel, oil, gas… sectors. He joined with IE in campaigning for a fair share of natural gas for the south.

RK has made an immeasurable contribution to unravelling the history of Tamils through his rich knowledge and interest in numismatics. He was conferred the Tholkappiyar Award for his contributions to numismatics.