We were overwhelmed by the support we received from academics, business leaders, industry bodies, policymakers, scientists and readers of IE, for celebrating the golden jubilee. The deliberations at the conference were well chiseled and rich. We present excerpts of presentation by the 34 speakers: INAUGURAL SESSION The Challenges: infrastructure, technology, resource shortage, 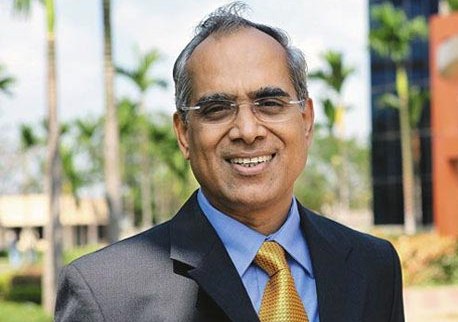 Technology-led governance and hi-tech manufacturing infrastructure are two of the essential pillars on which India’s 2030 vision should stand. This can be achieved only by emancipating education, research and entrepreneurship. From the special article on Reforms by Lakshmi Narayanan Chairman, ICT Academy Such special articles by 25 other such experts on the

Two factors will lead to a delighted customer in 2030. The nudge-network effect will push Indians to be tax-compliant.   Technology will harness business efficiency, leading to price falls. From the special article on GST  by B Santhanam, President Flat Glass-South Asia, Malaysia & Egypt at Saint-Gobain India Pvt. Ltd. And K

Government must take steps to break the spiral of lack of trust.  It has the instruments and the authority to verify. The public does not have the tools – beyond the democratic elections to hold the government accountable for its promises. From the special article on Economy by V Anantha Nageswaran

A robust cooperative endeavour from both the Union and the states is necessary to accelerate India’s development.  From the special article on Cooperative Federalism by Dr M Govinda Rao, Emeritus Professor, NIPFP, New Delhi Such special articles by 25 other such experts on the theme India 2030 will appear in the IE Golden Jubilee

A university-farmer connect promises better communication and networking, regular contacts and sharing common goals. From the special article on agriculture by Dr K Ramasamy, Vice Chancellor, TNAU Such special articles by 25 other such experts on the theme India 2030 will appear in the IE Golden Jubilee commemorative issue to be released on 15

If India were to build 100 MT of steel capacity in the next decade, about $ 25-30 billion worth of capital goods would have to be procured. Today, most of this is ordered from Europe, USA, Japan, S Korea or China. From the special article on Steel by T V Narendran,

Teaching and learning have to keep pace with demand for innovation and skill requirements. A peek into the future suggests a substantial change to our education system. From the special article on education by Dr M Anandakrishnan, former Vice Chancellor, Anna University. Such special articles by 25 other such experts on the