Successful corporations develop a high performance ethic by aligning their entire workforce with the values and vision of the corporation. A high performance culture is built on a shared vision, a shared large purpose, larger than that of any individual or group of individuals and a trust that every individual in the firm cares, believes and works to build success as much as the top echelons. 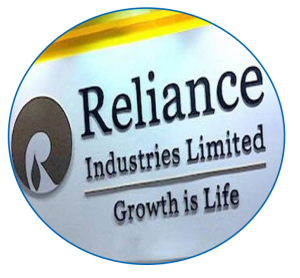 I have seen this in practice in Cognizant. One of the values is a high level of customer-centricity; on days of important customer visits, we would see even our housekeeping staff, our security as well as the pantry services staff turning up highly presentable, wearing crisper uniforms and endeavouring to be extra courteous. They are not told to do these; but they learn by observing managers in the company exhibiting similar customer-centric behaviour. Likewise, the pursuit of excellence, when it starts at the top, it permeates down to the last man in the firm. Such high performance culture is built by the leaders who exhibit and display such behaviour that is imbibed as worthy to be emulated.

Successful communication
This high performance culture of a shared vision and a larger purpose build a sense of pride in and loyalty to the firm on the part of employees. Because they understand what the firm stands for, by their individual actions they contribute to the success and achievement of goals set in their respective areas of work. This alignment is not easy to build even in a small firm, but build it must for success. One of the fundamental ways of building such alignment and pride is in constant communication at all levels. Communication that defines the position, the pursuit and the message, conveyed in a manner understood by everyone in the organisation.
If the communication is consistent, crisp and continuous we will have everyone rowing in unison, in the same direction for the greatest speed and efficiency. Not just the employees in the firm; but its suppliers, partners and even their customers who believe that they are being served by the best company. To arrive at the firm belief that customers care about their sellers’ success as much as their own success is the ultimate ‘Nirvana’!
Reliance, during its recent AGM has taken this concept way beyond our imagination – by sharing its aspirations, its vision, its purpose and its mission for India, way beyond its employees, beyond the Reliance fraternity, beyond its ecosystem, beyond the nation to the entire global fraternity. By getting some of the world leaders in technology endorse Reliance’s strategy and vision and making known its aspirations beyond its stakeholders to the nation at large, there is an alignment and an aspirational congruence that drew so many Indians to cheer its success. And true to the book, the communication strategy, the message, the medium and its execution truly reflect the larger purpose of Reliance, to build global support. It is just a beginning, but the first articulation battle is all but won.