Skip to content
You are here
Home > Edit Notes > Disinvestment 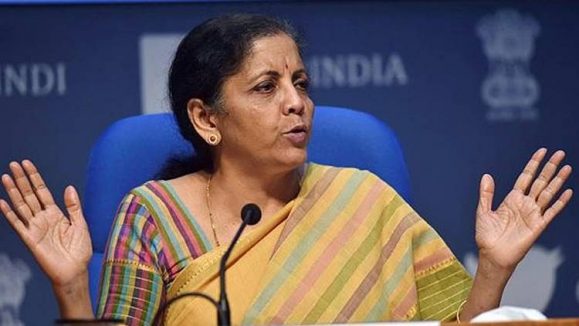 Welcome focus on privatisation and monetisation

Steep fall in revenue, increase in borrowings, huge step-up in expenditure to provide succour for the Covid-19 affected population and a slowdown in economic growth had resulted in a steep spurt in fiscal deficits of the Centre and states. Privatisation and monetisation, therefore, offer an ideal panacea.

Union Budget 2021-22 is a watershed in regard to the policy on monetisation of public assets and privatisation of public sector units. This marked a major departure from the course of the political economy since independence.

In 1956 the Congress party adopted the socialistic pattern of society giving the public sector a commanding role. Prime Minister Jawaharlal Nehru adopted the Soviet model of planning the economy over five years, giving the government a lead role for state ownership and control of production.

Rationale for priority to public sector

There was justification for this approach. I recall my interaction with S Swayambu, then CMD of Heavy Electricals India Ltd (HEIL) in 1968. It was the heydays of Rajaji’s Swatantra party with its strident criticism of the public sector. It was not just a defence from Swayambu but a more convincing rationale: “what was the status of private enterprises in the mid-1950s when the heavy electrical project to manufacture turbines, generators and other machinery was set up? These required current technologies and involved long gestation of a decade and more to earn profits. Private manufacturers had limited resources that could be invested on modest capacities to manufacture electric bulbs or small capacity motors. In the project report of HEIL, the gestation of over a decade was written before earning profit. We have reached that stage,” he said. [IE, 15 April 1968]

There were also other intriguing factors: the rapid jumps in the capacity of the equipment – from 30 MW to 60 MW to 110-120 MW and thence to 220-250 MW, all in less than two decades. There was also a plethora of collaborations in accepting generous aids offered by several countries – Britain, Czechoslovakia, Germany, Romania, Russia, USA… which meant equipment of different designs and standards. It took the genius of the leaders of HEIL and BHEL to work on standardising the sizes and the specifications and to graduating to designing and developing capabilities for higher capacity units.

Lack of experience and expertise…

The severe foreign exchange shortage and the sanctions imposed by several developed countries on technology transfer and import of vital components consequent upon the country exploding an atomic device at Pokhran in 1974 also proved deterrents. Lack of experience and expertise in scaling up also pushed several PSUs to losses, both financial and credibility. These were best exemplified by the rise and fall of the Planning and Development Division of the Fertilizer Corporation of India and the FACT Engineering and Design Organisation.

The turning point came in 1991 with the liberalisation of the economy. The freedom to enter into technology and financial collaborations, to set up manufacturing units with 100 per cent foreign investment and, importantly, the freedom for states to attract such investments, opened the flood gates for investments and technology flow into the country.

However, attitudes and psyche of protection and privileges enjoyed by public sector employees during the socialist orientation had stuck deep. The indifference bordering on gross dereliction of viability to deal with sick PSUs, continued unabated for decades. Remember the spate of nationalisation embarked by Indira Gandhi from 1969? Unfortunately, this brought under the government dozens of sick industrial units several of which were beyond redemption.

One witnessed several bizarre instances of the government loading upon itself industrial units which produced nothing but were kept open for decades. Employees in several hundreds were continued to be paid salaries even while there was no production. Strong Leftist governments in the states of Kerala and West Bengal and the trade unions that developed militant tendencies, ensured the continuance of these.

The long reign of coalition governments during 1989-2014 supported by the left parties and sympathetic sections in the Congress oriented to the Left, the Union government could not embark on a structural shift.

The comfortable majority won by the BJP in the 2014 and 2019 Lok Sabha elections provided for change. In 2019 the handicap of lack of majority in the Rajya Sabha also ended. This has provided the opportunity for the BJP to embark on several reforms during the current tenure of the Parliament. The Abrogation of Article 370 ending the special privileges for Jammu & Kashmir and the passage of the Citizenship Amendment Act were done in quick time. Now follows the focus on privatisation. A modest beginning on disinvestment of PSUs was made by the A B Vajpayee government, two decades ago. The Modi government is today in a position to accelerate the pace of this reform.

Scope for mobilisation through privatisation, monetisation…

The government announced disinvestment of several iconic PSUs like BPCL, Air India, Shipping Corporation of India, Container Corporation of India, IDBI Bank, Bharat Earth Movers, Pawan Hans and Neelachal Ispat Nigam with a target of raising Rs 1.75 lakh crore. Covid-19 came in the way of implementing this. In the budget for 2021-22 Finance Minister Nirmala Sitharaman has expanded the scope for this: she has announced bold plans of ‘privatising’ and ‘not just disinvesting’ PSUs, except those of strategic importance like defence units and more interesting, on monetising public assets: Railways, Telecom, Roads and Highways, Power, Petroleum and other departments have huge government-owned properties. A scope for mobilising Rs 2.5-3 lakh crore is indicated. 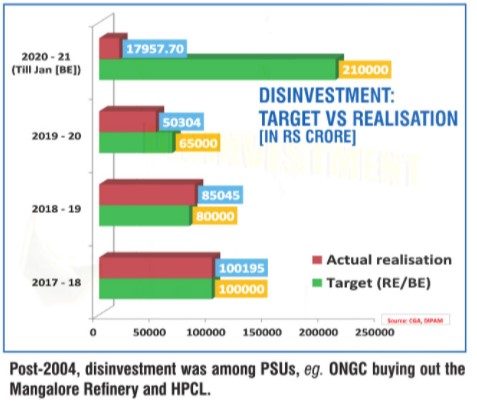 There is an urgent imperative to tap this resource: fall in revenues, steep increase in borrowings, huge step-up in expenditure to provide succour for the Covid-19 affected population and a slowdown in economic growth had cumulatively resulted in a steep increase in the fiscal deficits of the Centre and the states. Privatisation and monetisation would, therefore, offer an ideal panacea.

BUT IT will meet with resistance…

However, trade unions and not just the Leftist parties but the entire opposition, would join to resist this reform. Over a decade ago, the attempt of the UPA government to offload 5 per cent of the capital of the Neyveli Lignite Corporation was derailed by Tamil Nadu passing a unanimous resolution in the legislative assembly. Likewise, despite the non-viability of the stainless steel plant of SAIL at Salem, there was resistance to privatise the same. Recent weeks have been witnessing such a resistance to the privatisation of the Visakhapatnam Steel Plant in Andhra Pradesh. The task will be even more difficult when it comes to privatising public sector banks – the strong bank trade unions would resist the move like the farmers of Punjab.

There is thus an urgent need for the government initiating discussions with the state chief ministers. A lot of preparatory work is needed to take the states along as had been successfully done for the introduction of the GST under the lead of Arun Jaitley. Building consensus in the divisive Indian polity is not easy. But Prime Minister Modi should use all his eloquence to embark on a sustained and strong campaign to explain the imperative and advantage of the privatisation of PSUs and monetisation of public assets.

As suggested by us earlier he could entrust this task to Nitin Gadkari who, like Arun Jaitley, is known for his persuasive capabilities. He has been successful in winning the cooperation of even a Congress chief minister like Captain Amarinder Singh of Punjab for speeding up highway construction.

How the government saved Birlas, the Sens and Pandits… 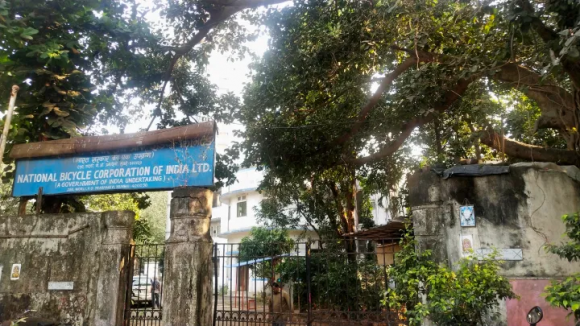 The government nationalised these two sick units into two separate PSUs – Cycle Corporation of India and Bicycle Corporation of India. For several years, these two were kept alive with no production; their losses were several times their revenues. The absurdity of the whole exercise resulted in liberating the Birlas and the Sens from the burden of proper closure of the units with due compensation paid to the employees! – IE Nov 2016

HPF was set up for the production of photo films at a modest capital of around Rs 8 crore. The project suffered several serious deficiencies such as its location at far-off Ooty with little industrial infrastructure and lack of availability of skilled manpower. The basic raw material was expensive silver and controlling its consumption at optimum levels was an imperative. Most importantly, there was the dearth of quality management at the top familiar with the product or the process. The project, conceived in 1960, was ready for production after seven long years. For the first 10 years, capacity utilisation was poor. Wastage of precious raw materials at very high levels, indifferent quality, large proportion of rejections and poor marketing cumulatively resulted in the company incurring losses year after year. 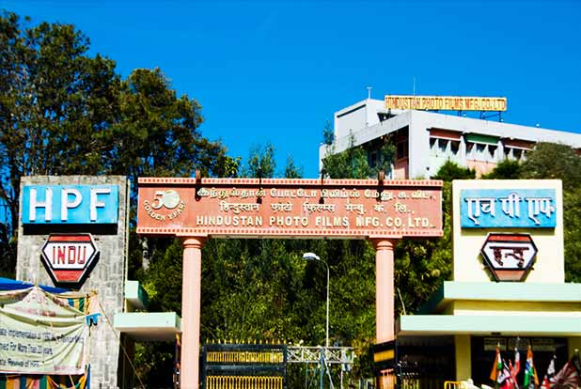 Drafted by C Subramaniam and T A Pai to head HPF in the 1970s, M K Raju steered the company to profitable growth by accessing free technology from DuPont. Utilising his international connections, focusing on human resource development and raising skills. Sadly, this golden period was short-lived: HPF went downhill and never recovered. Poor financial infusion, ageing machinery and workforce and lack of leadership brought HPF back to its earlier era of losses. When liberalisation in 1991 opened the floodgates for imports, HPF could not withstand competition from vastly superior products offered at cheaper prices. Digitisation made the conventional roll-film market, which flourished for long, a mincemeat in no time.

Weak coalition governments, bereft of the will to reform and an indifferent state government with no stake in the company but keen to protect employment and hence the vote bank, led to its continuous decline. The entire capital was wiped out in no time, loans mounted solely on the weight of employee costs, interest burden and depreciation with little revenues. In 2012, production came to a complete halt and HPF was passed on as a sick company under BIFR and later closed down. (IE Nov 2016)