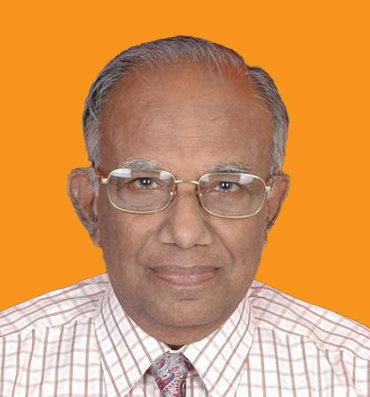 The optimum way ahead for fast reactors is to get back to the days of collaboration to fast-track development. France, Russia and Bill Gates’ TerraPower in the United States seem to be sending signals to India to join International efforts. But these are possible only with IAEA safeguards and inspections.

India is the first country outside the weapon states to build nuclear power stations. It started with the Tarapur Atomic Power Station (TAPS) in 1961 based on pressurised heavy water reactor (PHWRs). Till today India has designed, constructed and operated 19 such reactors mastering successfully the technology. India started with 220 MW units and upgraded these to 700 MW.

India lacks uranium resources. So India has to look for an alternative resource that could help fill the gap. Hence, the focus on developing fast reactors. The ample thorium deposits in India led Dr Homi Bhabha to conceive a strategy to develop fast reactors which can convert thorium into fissile material. It was due to the vision of Homi Bhabha and Vikram Sarabhai that a beginning was made in this effort with the setting up of a fast reactor research centre (Indira Gandhi Centre for Atomic Research-IGCAR) in 1971 and launching construction of a Fast Breeder Test Reactor, initially with French collaboration. The collaboration was terminated by France after India carried out a nuclear explosion in 1974. India pursued with nurturing and developing the needed technology and even developed a type of plutonium carbide as fuel. The Department of Atomic Energy [DAE] eventually overcame these obstacles and operates the Fast Breeder Test Reactor (FBTR) since 1981 with an impeccable safety record. That gave our scientists a lot of confidence and enabled them to embark on a 500 MW fast reactor programme. The first FBTR is finally in sight of becoming operational.  Three more such reactors are now planned. Admittedly the progress has been slow due to the need for developing nuclear technology and also for building the required infrastructure all on our own.

The onset of the Covid-19 lockdown did have some effect on the timely realisation of the targets. Work on the construction of Units 3 and 4 of Kudankulam NPS was initiated in 2018 and preparatory civil works began for Units 5 and 6. The large labour force of 6000 migrants working on civil construction went back home due to the lockdown and this put the clock back. Added to this, was an agitation by the laid off workers demanding reinstatement and wages in May 2020; it was resolved later. The units will be delayed at least by a year. The lockdown would also affect work on setting up the fleet of pressurised heavy-water reactors (PHWRs) on which civil work was taken up.

Construction of the two units 700 MW PHWRs at Kakrapar had been  not seem to be affected. Unit 3 went critical in July 2020 and was synchronised with the grid in January 2021. This is the first of 700 MW units, the flagship of the Indian nuclear programme of the decade.

Commissioning of Prototype Fast Breeder Reactor (PFBR) which seems to be bedevilled with technical problems related to sodium pumps, may not also be affected. Its commissioning was getting postponed repeatedly.

World Nuclear Association (WNA) reported no impact of Covid-19 on the running of nuclear power stations across the world. Operation of the 23 Indian reactors in operation does not seem to have been impacted. The Nuclear Power Corporation of India Ltd (NPCIL) claimed that their nuclear power plants continued to operate safely and generated about 5230 million units of electricity at high average fleet availability.

Once we get over the impact of Covid-19, the optimum way ahead in fast reactors is to get back to the days of collaboration to fast-track development. France, Russia and Bill Gates’ TerraPower in USA seem to be sending signals to India to join international efforts. But India seems to be reluctant to re-start collaborations in this area.

Such collaborations are possible only with International Atomic Energy Agency (IAEA) safeguards and inspections. Fast reactor technology is intricately associated with reprocessing spent fuels which have other strategic applications,like production of nuclear weapons. Thus it is beyond the scope for international collaborations under the present set up.  This calls for basic policy decisions to separate reprocessing related to fast reactors from strategic areas.

Dr. M.R Iyer – The author is a former Nuclear Scientist at BARC and a former
professional with International Atomic Energy Agency, Vienna and author of The Saga of Atomic Energy in India.