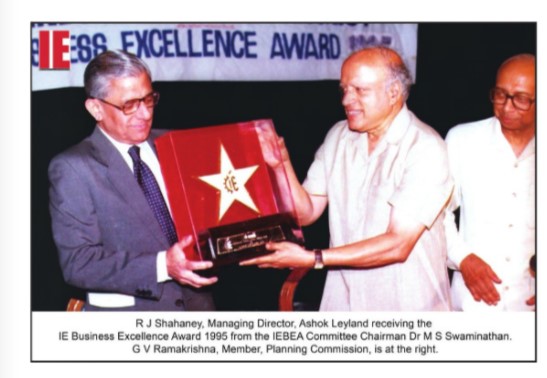 “Liberalisation without regulation is dangerous.”- GVR

In services spread over five decades G V Ramakrishna (GVR) handled a kaleidoscopic mix of tasks that included his arranging large shipments of wheat from the US in 1966 under the USAID; working with the Indian Embassy at Washington; Ambassador to the European Community and to Belgium;  Chief Secretary of Andhra Pradesh; Chairman, SEBI; Chairman-Disinvestment Commission; Advisor to the Governor of Tamil Nadu during the President’s rule; Member-Planning Commission; Secretary- Ministry of Oil & Natural Gas  and Chairman of the Construction Industry Development Council (CIDC). To each one of these GVR made distinct and lasting contributions.

I remember in particular his handling of the O&NG portfolio in the late 1980s; the Hazira-Bijaipur-Jagdishpur pipeline was constructed to transfer gas from the Bombay High oil fields that were flared till then to feed 6 large urea plants, 3 power plants and 3 LPG plants.

In his tenure as an adviser to TN Governor P C Alexander during the President’s rule, GVR galvanized the stagnant state economy. His role in drastically reducing the sales tax rates on a variety of goods won for the state considerable volumes of sale of goods that had been diverted to the neighbouring states.

GVR launched the process of disinvestment as the first chairman of the Disinvestment Commission.

GVR laid a strong foundation for the capital market as the chairman of SEBI. Until then investor protection was poor, there were no transparency in trading and poor information to investors. GVR was instrumental in effectively protecting investor interest.

IE also remembers GVR for his rich contribution to the construction industry in terms of his focus on skills development and standardisation. The two Ramakrishnas – GVR and AR, head of L&T Constructions – worked together at the CIDC.

GVR delivered a special lecture at the presentation of IE Business Excellence Award to Ashok Leyland in 1995.